Gaming companies are using social media to promote and to expand their businesses in China, just like any other organization is doing everywhere nowadays. Are they doing a good job? Let’s have a look.

Weibo is the Chinese version of Twitter, and companies are using the platform intensively. Ubisoft is an example we will be using: 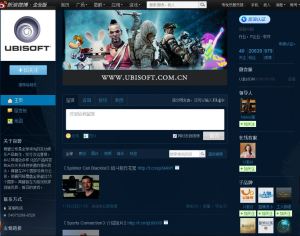 As you can see from the snapshot above, Ubisoft China’s landing page is well-themed: companies logo, themed background, demonstration of the latest games. the lading page even features subsidiary weibo accounts of their games for further promotions 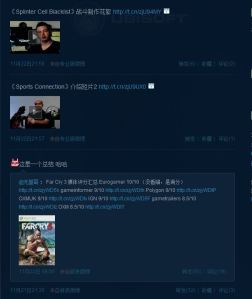 Yes, there are tweets about Ubisoft’s latest games (mostly videos), but only a few of them matters to the gamers in China since most of the videos are about games that have the slightest chances of getting in China, and the number of retweets of these contents proved my point. What should be done is to have more relative contents for the followers. To start, Ubisoft China can have more information put out for the new Assassin’s Creed game, which is set to release in China. Furthermore, they can have more information for the followers regarding their social games, given that it constitutes a large portion of immediate profit in China.

The interaction with the followers: 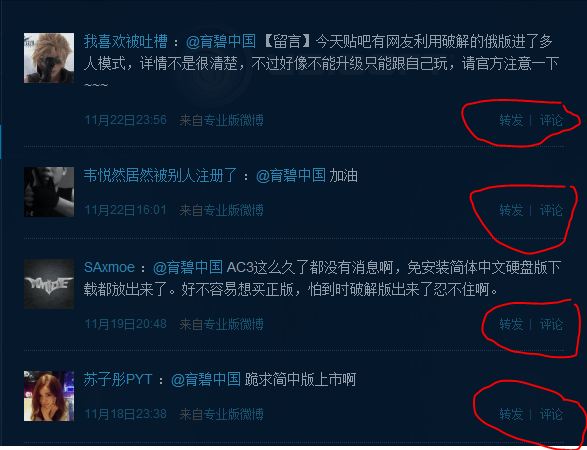 Ubisoft China’s Message Board,as you can see that none of the latest messages was responded.

The One of the business advantage of weibo.com compared to twitter is the message board. Instead of interacting with the followers with tweets, the message board offers a more direct and instant interaction. However, Ubisoft China did not do a good job on that.

Just take a look at how many follower messages were replied by the account.  None. How would you get people to interact with you if you don’t reach out to them? where would they find motivations to engage with you if you don’t let their voice be heard? Of course the followers are not expecting you to reply every single message posted on your message board, but your gesture of taking care of your followers’ concerns will be appreciated.