Do we need a rating system like the ESRB?

In China, we don’t have an official game rating system for the gamers. Instead, we tend to regulate gamers’ gaming practices.

In The Report of Developming Online-Gaming Addiction Prevention System released by the GAPP  in 2005. it is suggested that the regulator should regular gamers'(especially gamers under the age of 18) behaviors by:

promoting a healthy and commonly accepted sense of time

With the established definitions, online-game developers are required to build in a penalty system that cuts down gaming bonuses (e.g. experiences, in-game currency and items. etc.) when the gamers pass the “healthy” phase. Besides, the developers are also required to building notification system aims to notify gamers for their online gaming time: the notification starts when the gamers pass the 3 hour limit, and will become more frequent if the gamers choose to continue the game.

While we give the regulators credit for their good will towards underage gamers, we are skeptical about the regulations.

It regulates online gaming behavior only:

Then what about PC/Console gaming? how do you measure gaming time that’s offline, is that even doable? If not, what would the regulators do for underage gamers who plays only offline games?

How can they be sure the game is suitable for gamers of a certain age? While you are frustrating about being beaten by a 12-year-old in Call of Duty(which is rated Mature by ESRB), should you also be concerning about the influence Call of Duty has on the kid? 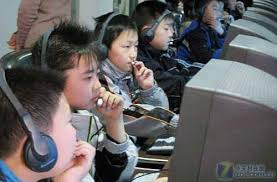 With that being said, we do need to have content rating system, like the ESRB. However, Chinese regulators cannot just bring everything ESRB has established to China. the system won’t fit our situation because our gamers are different from gamers in the States due to socio-economic and cultural differences. We need to  develop our own rating system based on the factors around us.